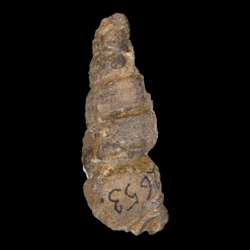 Key morphological features:The Turritellidae have high-spired and narrow shells that lack an umbilicus (hole at the center of the shell whorls). The shells are composed of aragonite and many have spiral ornamentation such as smooth or beaded cords. The aperture (opening) is relatively small and rounded with a thin, curved outer shell lip.

Paleoecology: Species of Turritellidae tend to live in soft sediments of marine or estuarine waters, sometimes occurring in dense aggregations. Some species that lack regular shell coiling (e.g., those of the genus Vermicularia) can form reefs of inter-locking shells. They are distributed worldwide in temperate to tropical waters and inhabit a wide range of depths ranging from the intertidal zone to approximately 1500m. 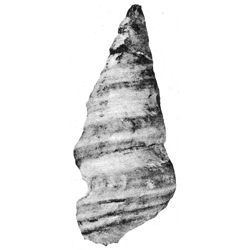 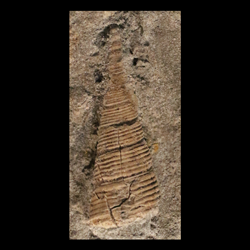